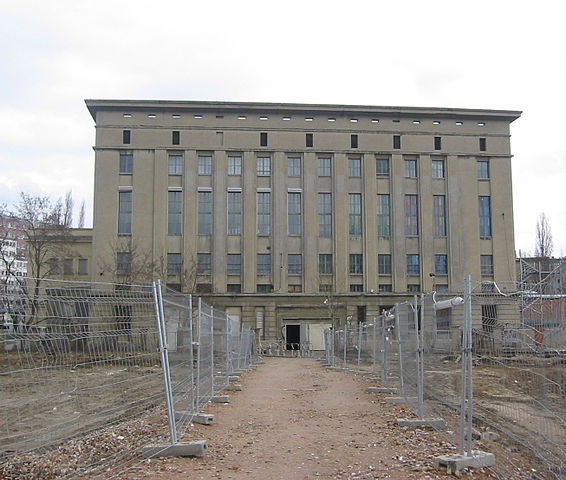 Berghain is a Berlin nightclub, named after its location on the border between Kreuzberg and Friedrichshain.

Philip Sherburne has described it as “quite possibly the current world capital of techno. The club is located in a former power plant in Friedrichshain, behind the Berlin Ostbahnhof railway station.

The building is distinguished by its enormous dimensions, which accommodate an 18 meter high dancefloor and space for 1500 guests, and also its minimalist interior design, dominated by steel and concrete.

The club contains a “cavernous” main room, as well as a smaller upstairs space called the Panorama Bar, which is decorated by enormous Wolfgang Tillmans photographs and tall windows with a view of East Berlin. Only half of the building is currently in use.

It opens on friday and won’t close untill monday!

“Milk is for babies. When you grow up you have to drink beer.””
-Arnold Schwarzenegger