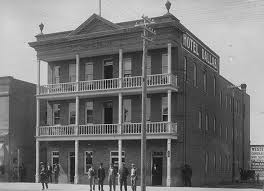 Currently being considered for status as a historical site, The Coalbanks is the last traditional blue-collar establishment in a town overrun with sports bars & pretentious hangouts. Good music hits hard on the weekend, the patrons appreciate all forms of music, as long as you don’t get wussy on them.
Show fear & they’ll eat you alive. Staff are excellent, & they have to be in order to control the unscheduled “dancing” of some of the clientel.
Last night was a prime example, no less than 15 fights, but the staff handled it, & numerous people are now barred from entering for various lengths of time. Still, a place with character, & once you’ve been accepted, you’ve been adopted!

No votes so far! Be the first to rate this post.

“There is no such thing as a bad beer. It’s that some taste better than others.””
-Bill Carter 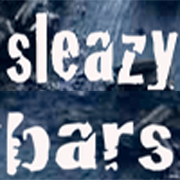 Sleazy bars are cheap, dirty, and dark places loaded with a diverse set of socially unacceptable thirsty people, usually open till dawn or never closing, marked by low-character of quality, where the smoke is so thick you can hardly breathe and the music is too loud.

Urban Dictionary. “A dive bar is an informal bar or pub. Such bars are sometimes referred to as neighborhood bars, where local residents gather to drink and socialize. Individual bars may be considered to be disreputable, sinister, or even a detriment to the community.”

Find a sleazy bar in your holiday destination. Find a new spot if you are new in town. Or share your own Sleazybar experiences.